Chaos or Cleanliness – A Creative’s Conundrum

The concept of neatness has been venerated in the vast majority of societies for thousands of years. Buddhism’s and Christianity’s call to shed one’s earthly possessions to gain spirituality was a sacred principle thousands of years before the minimalist art movement of the mid-20th century sparked a desire for a simpler way of life. And this was decades before Marie Kondo came in with her “spark joy” delineation for paring down one’s belongings. It is a bit ironic then, that a movement with such a fervent following, kicked off, in recent history, by architects, painters and sculptors, never seems to have taken hold within the majority of artist’s studios.

Sadly, a lack of neatness and simplicity is often a source of shame, with artists tidying up their spaces and stashing their stockpile of art supplies normally scattered across the tables before snapping pics or shooting videos to post or sell. But let’s get real. Art is messy, wonderfully so. Messy is, however, quite relative, mostly to the individual. A tendency for a messy or neat space is personal and ranges from a managed inclination to an uncontrollable propensity for one extreme or the other. Regardless, the one thing that doesn’t belong in the assessment of one’s studio organization is judgment. It is not good or bad or right or wrong to have a neat or messy studio.

What does belong in a discussion of messy versus neat spaces is how your preference or propensity serves in your creative space. Let me explain.

Let’s say Alex is a messy polymer artist. Like really messy. Paint and powders are splashed and dashed about like a Holi color festival went through, tools are buried alive and hoping for search parties, and raw clay bits have tumbled to the floor in a rainbow pool of forgotten experiments. If this makes Alex happy, then great. But if Alex wants to create intentional art that isn’t marred by errant powders and will be done before his next big show, he needs to have a relatively clean area and quick access to the right tools. So, in that case the mess wouldn’t serve him very well and raining the chaos in should be considered.

On the other hand, there’s Mina. With a place for everything and everything in its place, she spends the first hour of her studio time, cleaning, polishing, and labeling drawers to keep everything perfectly organized, and she wraps up a every session with a similarly lengthy period of time cleaning up after herself. To create and maintain this palace of magnificent neatness, she scours the Pinterest boards for organizational ideas and makes regular trips to the Container store. Mina spends a lot of time staying neat and organized but has yet to complete a line of work that she would be proud to list in her yet to be launched online shop. Whether it’s obsession or procrastination, her level of neatness is taking time away from the creative endeavors that would serve her end objectives.

Well, there have been many independent studies on the neatness versus messy quandary, revealing quite a bit about the role of our spaces in terms of creativity and productivity.
Kathleen Vohs, a researcher at the University of Minnesota conducted a number of studies on the question of how neat and messy spaces affect us. In the most relative experiment for creative’s, 48 subjects were asked to come up with alternate ways to use a ping pong ball. Subjects in a messy room came up with significantly more creative ideas than their counterparts in a tidy, organized room. An unrelated research group at Northwestern University, had similar results, finding that subjects in a messy room drew more creative pictures and were quicker to solve challenging brainteaser puzzles than subjects in a tidy room. These experiments seem to support the concept that neatness encourages conventional ideas while a bit of chaos stimulates creativity and innovation.

Artists themselves have also been a great source of evidence to support the need for some disorder. From Francis Bacon to Mark Twain to Pollack and Einstein, there have been numerous observations and biographical anecdotes that seem to show clutter and chaos are not just supportive creative environments but may actually be a source for inspiration. The experience of many polymer artists supports this as well, with many a story of cast off polymer trimmings suddenly calling to their masters to make something from the scrap, or an uninspired crafter discovering new designs and color relationships in a crowd of half formed experiments.
However, years of research and experience in the business and corporate worlds has borne out the idea that neatness does spur productivity. An MRI based study by the Princeton University Neuroscience Institute conducted on subjects in a work environment, concluded that visual disorganization tended to drain a person’s mental resources and reduce their ability to focus. When their study subjects cleared clutter from their work environment, their ability to focus and process information increased as did their productivity.

So, what does this mean? Most creatives would like to be both innovative and productive, but it would be difficult (although not impossible) to have a studio that is both neat and messy. But maybe the question could be, where do we most need the creativity and where do we most need productivity? Perhaps, the studio table should allow for a bit of chaos and the space where orders are processed, accounting is done, and customer emails are answered should be neat to encourage productivity. But, of course, that can’t be an absolute guideline. We are all different in what we need and what makes us feel at home and ready to work.

Take a look at these two images. Both artists posted the images, noting their “messy” table in the accompanying text. They are both very creative, productive, and successful artists, yet there is a broad difference in their definition of what is messy. So, this would seem to bear out the idea that there is no particular level of neatness or chaos that best exemplifies the needs of a creative and productive studio space.

The real objective, then, is for each creative to find the balance that is right for them. Here are some ideas that might help you manage your space in a way that will best serve you:

I’m sure there are many more things that can be done to not just create a studio that supports your creative endeavors but to make it a place that sparks joy as a whole. Just as it is rarely a single stroke or an individual bead but the whole of a piece of artwork that we are drawn to, it is unlikely that there is any single thing about your studio versus the whole of the space and your relationship with it that will determine how well it serves you. So, to define that, step back, take a look at the visual impact of your space, how you organize it, how you move in it, and what it means to you. Change the things that do not work and keep in mind that studios, like you as an artist, are a constant work in progress. Be open to making changes to your studio as you, your circumstances, and your art demands and do not judge its chaos or orderliness, just its purpose and place in your creative journey. 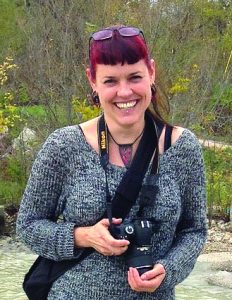 Working from her home studio and office in Thousand Oaks, California, Sage Bray is a writer, mixed-media artist, and the owner of Tenth Muse Arts which offers polymer and mixed media publications including the retrospective Polymer Journeys series, the monthly Virtual Art Box, and the design focused Weekly Polymer Arts blog. These and upcoming projects can be found at www.TenthMuseArts.com.

Magazines and books are 30% off during the rest of April. Sale items and the Virtual Art Box are excluded.

Be a Guest Author!

Do you have an interesting polymer clay love story to share? Perhaps a polymer mission you’d like to tell the world about? Get in touch so we can discuss how you can get involved in the Polymer Clay Love project.

Use the buttons below to share this article on your social media so your friends can love it, too.

Sign up to get a weekly email summarizing what’s new on Polymer Clay Love.